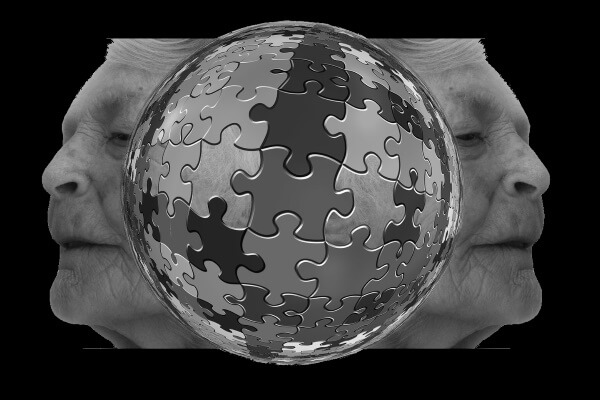 Your boss won’t probably appreciate you playing some Mahjong Solitaire during working hours, but solving puzzles is much more than a pastime. Solving puzzles is not a waste of time as they provide a whole range of benefits, including making you more productive, which your boss should appreciate.

We’re used to seeing people going to the gym or jogging in the park to keep in shape, so why should we treat our brain any different? Most of the food we give our brain is passive entertainment, like scrolling on social media or watching TV. That’s junk food for the brain. Puzzles of any kind get the brain moving and sweating until it finds a solution. All the brain cells involved with logical thinking and creativity are fired up when you try to complete a puzzle and that’s the equivalent of spending half an hour on the treadmill or doing push-ups.

Solving puzzles activates both hemispheres of your brain, the left one controls logical thinking, while the right one is responsible for creativity.

Even an old-fashioned jigsaw puzzle is a great workout for the brain. Analyzing the pieces’ shapes and colors activates the occipital lobe and increases cognitive function. A 2018 study proved that volunteers doing puzzles on a regular basic had measurable improvements in episodic memory, working memory, reasoning, visual perception and processing speed.

Crossword puzzles and number-based puzzles play an important role in preventing age-related memory loss. Volunteers between the ages of 50 and 93 who did puzzles every day scored better on tests designed to measure 14 types of cognition.

Another study discovered dementia sufferers who solved puzzles started losing their memory 2.5 years later than patients who did not put their brains to work.

Riddles, sliding puzzles, disentanglement puzzles require critical thinking and also lateral thinking, which can best be described as thinking outside the box. This is essential to learning how to deal with new problems.

When you’re trying to solve a riddle, for instance, you have to formulate a theory and test it. If it doesn’t work you need to explore another hypothesis, while keeping in mind what was wrong with the first thing you tried.

Improved problem solving abilities are important for all adults, active or retired. While a professional will surely benefit from this, it is the elderly that profit most.

As people age it’s hard to cope with new problems. Just think how challenging figuring out how a mobile phone works is for the older generation. It’s a challenge they’ve never faced before, so improving their solving problems abilities helps them work out a solution easier.

Many puzzles look easy at first sight, until you realize just how deceptive the seemingly simple problem is. Using brute force and random guessing don’t work with solving most puzzles, unless you’re willing to waste many hours trying.

You need to get creative and analyze the problem from different angles. Take for instance riddles, which are notoriously deceptive and the answers require using logic as well as imagination.

Think of the riddle with the guy walking into a bar and asks for a glass of water. The bartender takes out a gun and points it at him. The customer thanks him and walks away. What was that all about? Assuming that neither of them was a maniac, you have to rack your brain to understand what water and guns have in common. The answer is hiccups, the guy had the hiccups and the bartender used the gun to scare him. This is just an example of how solving riddles helps you be more creative.

Number-based puzzles increase concentration as they force the brain to keep track of various digits and see how they can be arranged to solve the problem. Doing a Sudoku requires a lot of concentration as you need to remember why a 3 cannot possibly be placed on that middle row, but neither can you put a 7 there. You cannot possibly write all that information down, the brain needs to learn to juggle with it.

The same goes for jigsaw puzzles as you need to remember where in the pile you might have seen that piece that you now realize it’s part of the dog’s nose. You need to focus on colors, shades and shapes, which requires a lot of concentration and attention to details.

Anyone who’s ever done a large 1,000 pieces puzzle can surely relate to this, that little gap for which you simply could not find the missing piece. Most players look around in a frenzied panic, hoping the piece is under the table or under the carpet, only to then accuse the makers they’ve sold them a box with missing pieces. As annoying as this situation might be, it’s a good exercise for the brain because simply looking for a piece with a certain shape forces your brain to scan and mentally compare all the pieces on the table against the one by now imprinted in your brain.

Crossword puzzles improve spatial reasoning because you need to keep in mind, literally, all the blank cells and the various possibilities at hand, again literally.

Experts say that improved spatial and visual reasoning will make you a better driver and also help you with a myriad of everyday tasks, like packing your bags in the most efficient way or making more room in a closet.

Since solving puzzles improves your reasoning skills, memory, concentration and all sorts of mental abilities, it also raises your IQ. Now, don’t expect to become a genius overnight, but according to one study, spending half an hour a day doing whatever type of puzzle you fancy can boost your IQ by 4 percent.

This might seem a bit counter-intuitive, but the state you enter while you’re deep into solving a puzzle is akin to meditation. Yes, on one hand you have to make your brain work at full capacity, but on the other hand you have to let it loose, because that’s the best way to arrive at an unexpected solution. If you want, it resembles the state of your brain right before you fall asleep and random thoughts go through your mind. This is way quite often this pre-sleep moment is when you discover the answer to a problem that’s been bugging you for days.

When you’re concentrating on a puzzle you’re focused, completely focused on the task at hand. It might of course make you angry, very angry at some point, but the truth is that such an activity has a calming effect and is an excellent stress reliever. You can easily disconnect from all the stressful things in your life – what happened at work is forgotten, all the household chores waiting for you are ignored, even the argument with your partner seems irrelevant when you cannot figure out the solution to the puzzle in front of you.

Puts you in a better mood

If you try hard enough, sooner or later the puzzle will be completed and that’s when you feel that dopamine kick that follows every win, at any sort of game. Once you’re done, the feel-good hormone floods your brain and you instantly feel better. The harder the puzzle is the stronger the dopamine boost is.

You’ve accomplished something and you have every right to feel proud. Has it ever happened to you to take pictures of a completed puzzle to show your friends?

Demonstrating your mental abilities and your problem-solving skills is a great ego boost and will improve your self-confidence levels.

There are also physical benefits, not just psychological ones. Reducing your stress levels by solving puzzles can also lower your heart rate and blood pressure.

Long term, lower stress levels boost your immune system, so we could alter the old saying to one puzzle a day keeps the doctor away.

Next time your boss is on your case and warns you not to waste your time doing stupid puzzles you might want to show him this and explain all the benefits this activity brings. And this does include increased productivity as an employee with a sharp brain, great problem solving skills, superior concentration and whatnot will inevitably perform his job better. Training your think-outside-capacity will help you devise new solutions to problems and your work, and your boss will ultimately benefit from you ‘wasting’ time on a game.

Some companies have a dedicated gym room where the employees are encouraged to relieve some stress by running on the treadmill, but a table with some puzzles on it would also be beneficial, both for the employees and the company. And it would promote teamwork and better relationships between staff members.

It might be a while until business managers see the benefits in doing puzzles, but until then there’s nothing stopping you from doing a Sudoku on the subway or bringing a novelty puzzle to a party to challenge your friends.