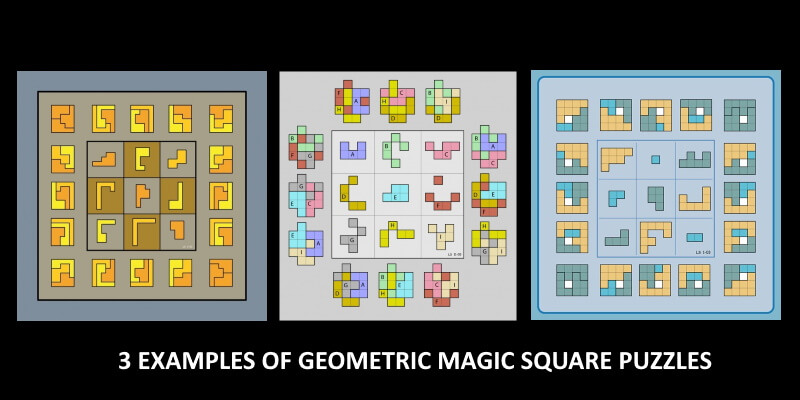 Watch This 40-Second Short Video That Explains It

All magic square puzzles consist of a square frame with tiles in it. In the Geomag version, each tile has a geometrical shape painted on it. They’re not your traditional triangles or pentagons, but some very odd-looking shapes. What you need to do is figure out how you can use these shapes to form a the target shape, usually a square. As if this wasn’t complicated enough, you need to make sure that the tiles in every row, column or diagonal line also make up the same shape.

The traditional frame is a 3×3 grid and has 9 tiles or images you need to fit in. Like in the classical magic squares using numbers, the pieces used in a Geomag puzzle must have distinct shapes.

For the time being, the only existing Geomag puzzles are in 2D, as no one has figured out how to come up with a 3D version.

This type of puzzle was invented in 2001 by British electronics engineer Lee Sallows, who is well-know for his interest in recreational mathematics. Besides the geometric puzzle, he also came up with the idea of alphamagic squares, which remain magic when you replace each number with the number of letters in its name. Later on he presented an even more devilish idea, the geometric alphamagic squares, combining the two principles.

Perhaps the most surprising thing about Geomag puzzles is that creating such a puzzle is even more complicated than solving one. You have to first decide upon a target shape, than design the pieces that could be fitted together to create it. Usually this requires a lot of math and testing of shape designs.