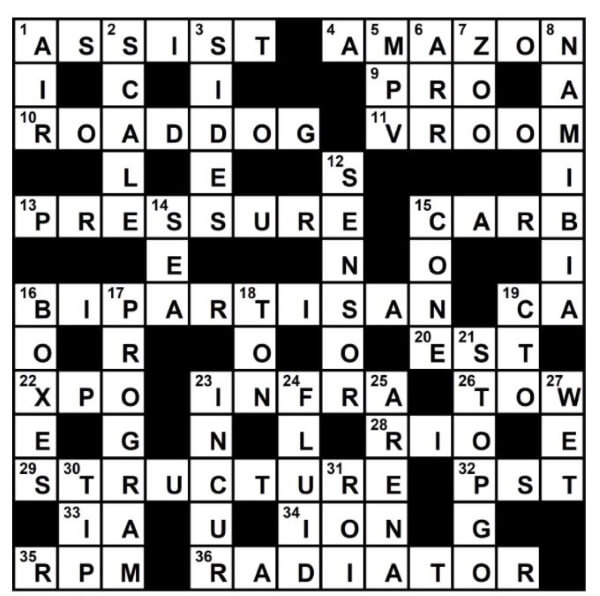 One of the most popular puzzles of all times to test your knowledge and skill at guessing words.

How to Solve Crossword Puzzles

A crossword puzzle is a square or rectangular grid you must fill in with words or sometimes phrases, based on the clues you are given for the horizontal and vertical lines. The end to a word is marked by a black cell. When you think you know the answer to a clue, let’s say in a vertical line, check how each letter affects the solutions to the horizontal lines it crosses.

Many crosswords are themed so most of the clues refer to a certain topic – music, literature, geography, TV shows, sports etc.

Watch Video on How to Solve Crossword Puzzles

The most basic, and most popular, variant of crossword puzzle is that in which the clues are straightforward. An example of straight clue reads like ‘The capital of France’, with the obvious solution – PARIS. The clues must be consistent with the time of the verb, distinguishing between present and past, and must indicate if a noun is in the single or plural form.

Indirect clues involve lateral thinking rather than a direct answer. For instance, ‘Start of spring’ could mean MAR (as in March) or ESS the way you spell S, the first letter in the word spring.

Puzzles for crossword aficionados tend to have very challenging cryptic clues, Basically, the clue itself is a puzzle you must figure out before filling in the solution to the crossword puzzles. Anagrams are sometimes used as clues, and the rule is to indicate that in the clue, but they are easier to understand than other cryptic clues.

One type of cryptic clues refers to words that can have more than one meaning. The solution to a cryptic clue like‘Cat’s tongue’ is PERSIAN, as it’s a type of cat, but also a language or tongue.

Sometimes, the list of clues includes cross-referencing, which means that the clue for a certain word points to another clue you need to guess.

If the solution to a clue is a hyphenated word, the clue might indicate the number of letters in the two words linked together.